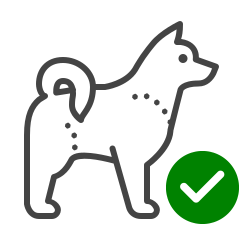 White Label RX Organic CBD oil is 100% Organic and non-GMO. There are only two ingredients: Organic CBD Hemp Oil and Organic Coconut Oil. Coconut oil works as the perfect carrier oil for CBD because of its saturated fat content. Cannabinoids can dissolve molecularly more efficiently when mixed with an oil with a high lipid content, delivering more molecules to our cells for absorption. CBD has been the subject of a lot of research studies and has been found to:

White Label RX Organic CBD oil carries a certificate of analysis and, unlike many other hemp products, guarantees a high amount of beneficial CBD without a significant amount of THC or harmful terpenes. White Label RX Organic CBD oil is safe and well-tolerated by most dogs, even when given in high doses or for an extended period of time. Dogs do not build up a tolerance to CBD.